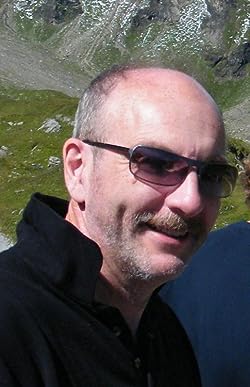 Author Scott Bury, whose book The Bones of the Earth  I am currently reviewing, agreed to answer a few questions for me.

The Bones of the Earth

What inspired you the most while writing this book?
It was the way so many different historical events and trends seemed to come together in the Dark Age. The impetus for the book was to write a story about dragons for my children. But I wanted to break the model that so many dragon stories seemed to take for a long time: friendly dragons. Instead, I wanted to draw upon the ancient mythology from many different cultures, where dragons represent the deepest, most powerful force on earth. Dragons interests are not those of human civilization, who dragons will not be friendly to people.
Through the writing, I continued to find more inspiration from mythology and history, especially where they intersected. For example, I once heard, somewhere (although I cannot find it now), that someone worked out that King Arthur and Beowulf died in the same year, 535 CE. And that’s the same year that Krakoa erupted in Indonesia, releasing so much ash into the atmosphere that it caused a worldwide “year without summer.” That precipitated the fall of civilizations and nations around the world, including in Mesoamerica, Asia and Europe. It caused the fall of the Juan-Juan confederacy in Asia, and ultimately the invasion of the Avars into Europe, as well as the first appearance of the Black Plague in the Roman Empire.

Which character in your book do you relate to the most? Why?
The main character, Javor, is based on my two sons, so in many ways, I relate to him. But I also relate to some of the father figures, such as Austinus, the head of the Gnostic order; and Valgus, the wounded Roman Legate.
One of my friends told me I reminded him of Photius, the wandering warrior/magician/healer. That disappointed me, because to me, Photius is a bit of a blowhard who does not know as much as he pretends to.

What is the most important thing that you hope readers take away from your book?
That people who are different from their society’s expectations deserve respect, because they can do things that most people cannot. Also, that when human civilization divorces the needs of the natural environment, ultimately it’s humans that will suffer most.

Which other authors have inspired or influenced you the most?
Tolkien, obviously, as well as the author of Beowulf; the many authors of the Arthur stories.
Stylistically, I like writers with a clear, simple expository style, like John Updike and John Irving; authors who are not afraid to expose their own vulnerabilities, like William Styron; and independent authors like Toby Neal, Elise Stokes, Bruce Blake, Gary Henry and Benjamin Wretlind.

Can you share a little bit about your writing process?
I believe strongly in outlines. I need to develop a story, a direction. I have to know where the hero is going before I start writing. Often, the characters will surprise me, and the outline changes as I write, or gets more complicated. But I have the overall story arc worked out before I start writing the first chapter.

Tell us about your next book.
The sequel to The Bones of the Earth will be The Triumph of the Sky. It picks up the story of Javor a few years after the end of The Bones of the Earth. He has his own house in Constantinople, and has married the daughter of a wealthy merchant. He has also become the main warrior for the secret Gnostic order, of which Malleus is now the head.
Bones was based on the number 3: 3 parts, three villains, three quests. Triumph will be based on the number 7: 7 parts, 7 missions, 7 children.
And you can expect several major twists. One is that this period historically featured the deliberate suppression of Gnostic philosophy by the Christian church.

What is the best piece of writing advice that you have ever received?
Write every day.

← Currently Reading: The Bones of the Earth
Summer Reading List →