I’m currently reading Dark Space: Humanity is Defeated by Jasper T. Scott. Scott is a USA Today bestselling author of 14 science fiction novels. Humanity is Defeated is the first book in the 6 book saga Dark Space and I am enthralled so far. Scott was kind enough to answer a few of my questions and let us know a little more about his writing process and what he is working on now. 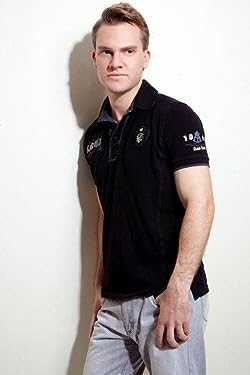 What inspired you the most while writing this book?
My personal situation was great inspiration for some of it. A down on his luck freelancer with a lot of debt–that was me!

Which character in your book do you relate to the most? Why?
Ethan Ortane. He’s basically me, but older, with a more complicated personal life.

Which other authors have inspired or influenced you the most? 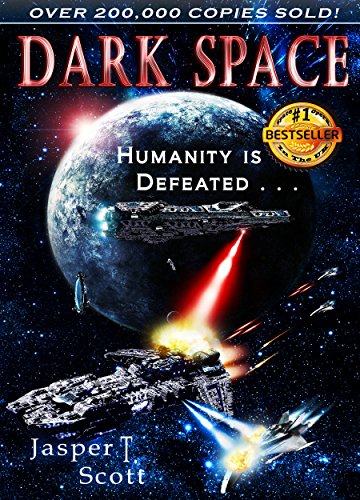 Can you share a little bit about your writing process?
I sit down and write, every day except for Sundays, for at least six to ten hours a day. I let my mind wander after hours and at every moment in-between writing, and as the ideas come to me, I write them down. It’s a plan-as-you-go method that saves a lot of time over outlining everything in advance and trying to force the ideas to flow. Sometimes I’ll outline the next five to ten chapters, and I’ll usually have a good idea about how I want to end the book by the time I’m a third to halfway through. Oh, and I always read and edit the previous day’s work first thing the next day. That helps me keep track of what I’ve written and where I’m going next.

Tell us about your next book.
In 2048, a wealthy man is in hospital with his 12-yr-old daughter, waiting for her test results. He finds out her cancer is back, and she only has a few months to live. Rather than bow to the inevitable, he decides to hit pause on that clock through cryo-freezing. He bribes the doctor to falsify medical records so he can bend the rules (terminal patients only) and then join his daughter in cryo.

They wake up an unspecified amount of time later, in the dark. The air outside their cryo pods is freezing, and they soon find out that there’s no gravity. They assume that mean’s they’re on a space station in orbit, but they can’t figure out why terminal cryo patients would be transferred to space. Then emergency lights come on and some other people wake up. They leave their pods to find people dead all over the station.

In the process of exploring they find out that they’re on a spaceship, not a space station, and they’re orbiting an alien planet, not Earth.

What follows is an unfolding mystery in an epic new sci-fi universe.

What is the best piece of writing advice that you have ever received?
Self-publish. Back then it wasn’t the best advice, but a couple years later it became the new wave in publishing, and that doesn’t look like it’s about to change. Self-published indie authors are the new professionals, and we’re far better at doing what publishers do than what they ever were. So many people I know who’ve been traditionally published (even previously successful indie authors) ended up languishing in obscurity because their publishers simply weren’t motived to market and sell their books. They do as little as possible and hope your book succeeds all by itself. Then if it does, they step in and take credit for that success–along with the majority of the profits. I far prefer to control the process myself, because unlike a publisher, I am motivated to make each of my books succeed.

This is a text widget, which allows you to add text or HTML to your sidebar. You can use them to display text, links, images, HTML, or a combination of these. Edit them in the Widget section of the Customizer.
%d bloggers like this: